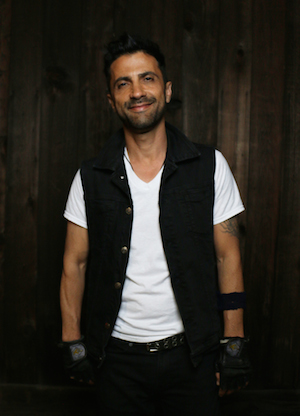 After about 4 years of training, practicing and refining his skills at the Sebastian’s salon and seminars, he got an opportunity to work with director, David Fincher (Seven, Fight club, The Social Network) on the Madonna music video (Bad Girl) assisting the great hairdresser, Garren in New York City.

Soon after, he found his new stomping ground and started traveling back and fourth to New York City twice a year to work on the collections at Bryant Park. After a few seasons, he relocated to New York City and was only back at Estilo salon to see clients 1 week out of the month.

During that time, he briefly worked and traveled to teach with Bumble and Bumble and also worked on shows for designers such as Alexander McQueen, Micheal Kors, and Calvin Klein to name a few. He currently lives in Los Angeles and works at Estilo Salon full time.

Though he’s often heard saying he loves the fast pace of fashion and how it relates to hair, he also finds inspiration from music and other influences in today’s pop culture, and other cutting edge styles of the underground.

Afshin is always ready to make hair look it’s best, continuously telling his clients “I only know how to do super star hair!”